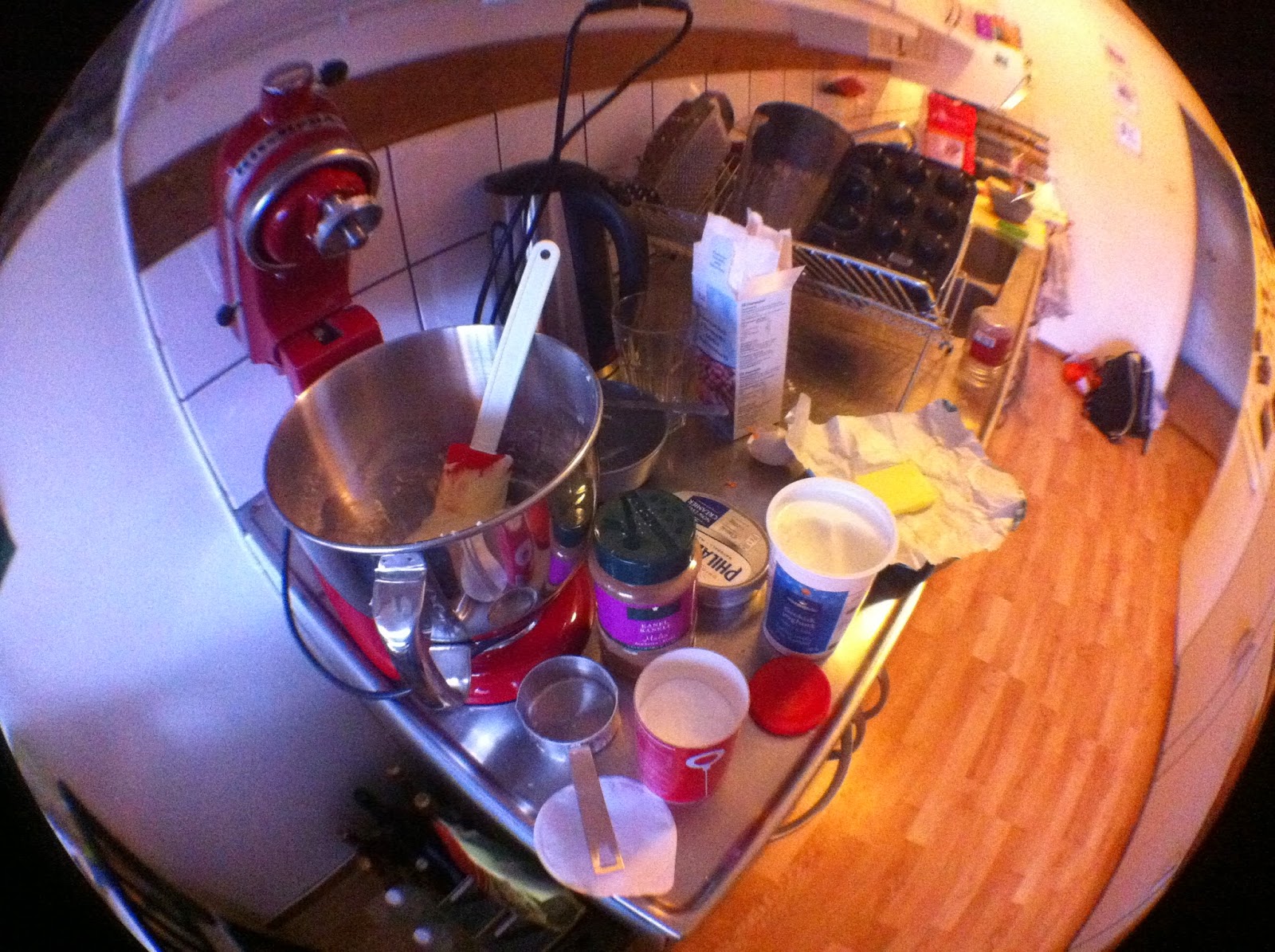 Kate and I hosted a "surprise" baby shower for Elisa this weekend. No one who attended, including Kate and I, has ever actually been to a baby shower before but luckily pintrest had us covered for food and games. Kate took charge of the games and decorating and I took charge of the food. I really enjoyed baking for this and everything I made was untested prior to this day. Which means things went wrong! But that's part of the baking fun!

As much as I love to cook and bake, I don't like to make things up myself. I love using recipes. Also, this allows me to discover new baking blogs, which is always fun and exciting. So, here was my selection for today: 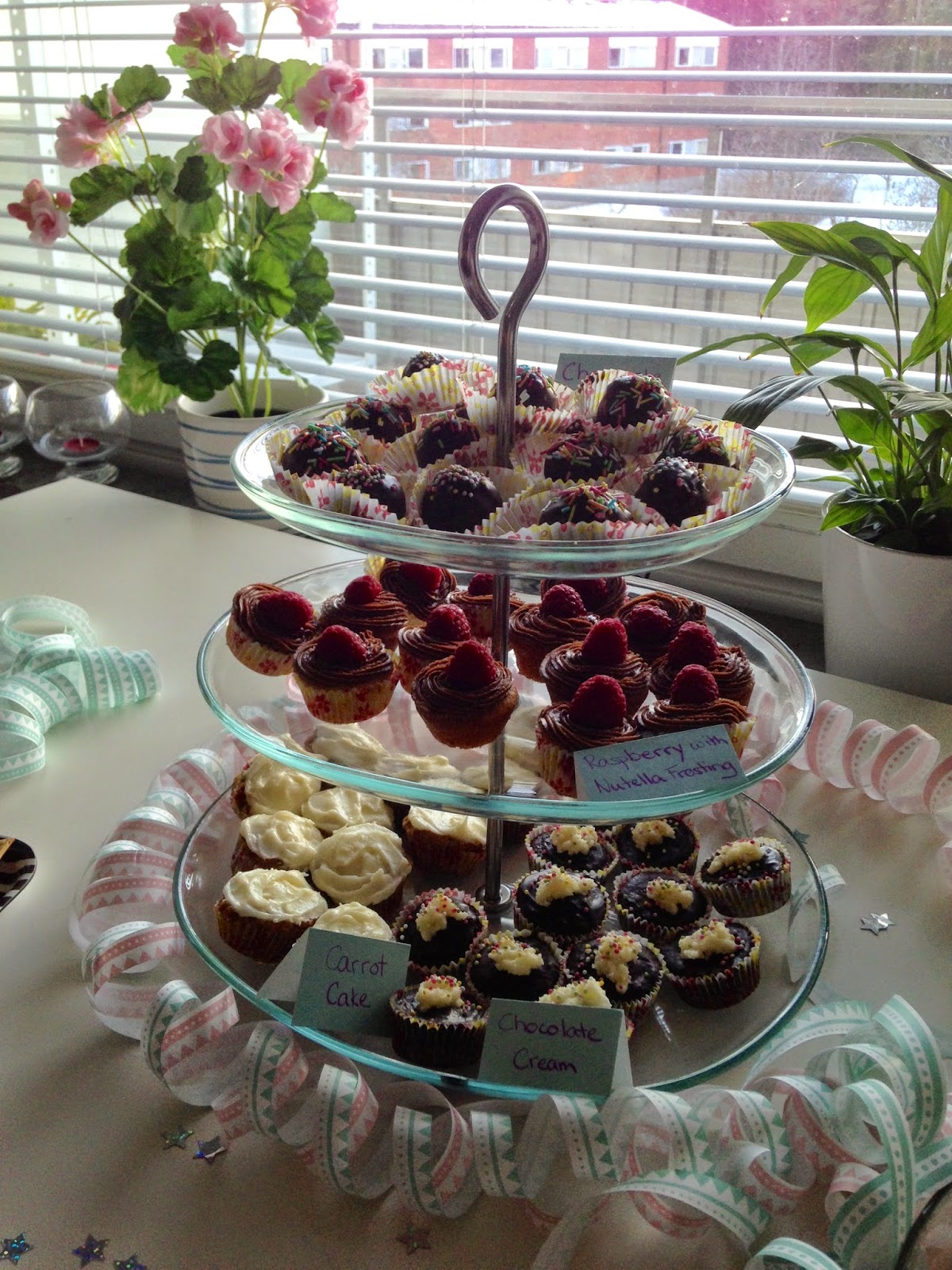 First up was mini carrot cake cupcakes with cream cheese frosting. I know that Kate loves carrot cake and I love cream cheese frosting. I had to half the recipe since there were only 9 of us at the shower and I was making mini everythings. I unfortunately realized after the first batch came out looking kind of funny that I forgot to add eggs. Since they looked and tasted funny (due to no egg), I got all skeptical about the recipe and changed to this recipe instead. Yes, it is basically the same thing, I know. But I had to do it differently the second time around. Luckily, neither Ross nor I are opposed to eating eggless ugly cupcakes. Especially when you cover them in cream cheese frosting. I also tried to make some not in little cups, but I neglected to grease the pan, so they didn't come out so nicely.


Next up was mini strawberry cupcakes. Except that I was not willing to pay the going rate for strawberries in the stores this time of year. So frozen raspberries it was! This was probably the biggest hit. I think it's the not too sweet plain cupcake with the extra sweet nutella frosting, topped with a raspberry. I hid a little raspberry inside as well before baking. Made half with paper cups, and half without. Both ways worked great (I remembered to grease the pans this time. See, I learn!).

The last mini cupcake came from this fabulous list. I made cupcake 11: Chocolate cupcakes with chocolate ganache and cream filling. I loved the buttery filling with the dark chocolate cake. Cutting out the middles, filling them, and putting the top back on took a bit of time. And then I had to frost them and put a dollop of the cream on top. With sprinkles. But who can think of a better way to spend Saturday night? I found that if I pulled a chair up to the counter it was the perfect height. 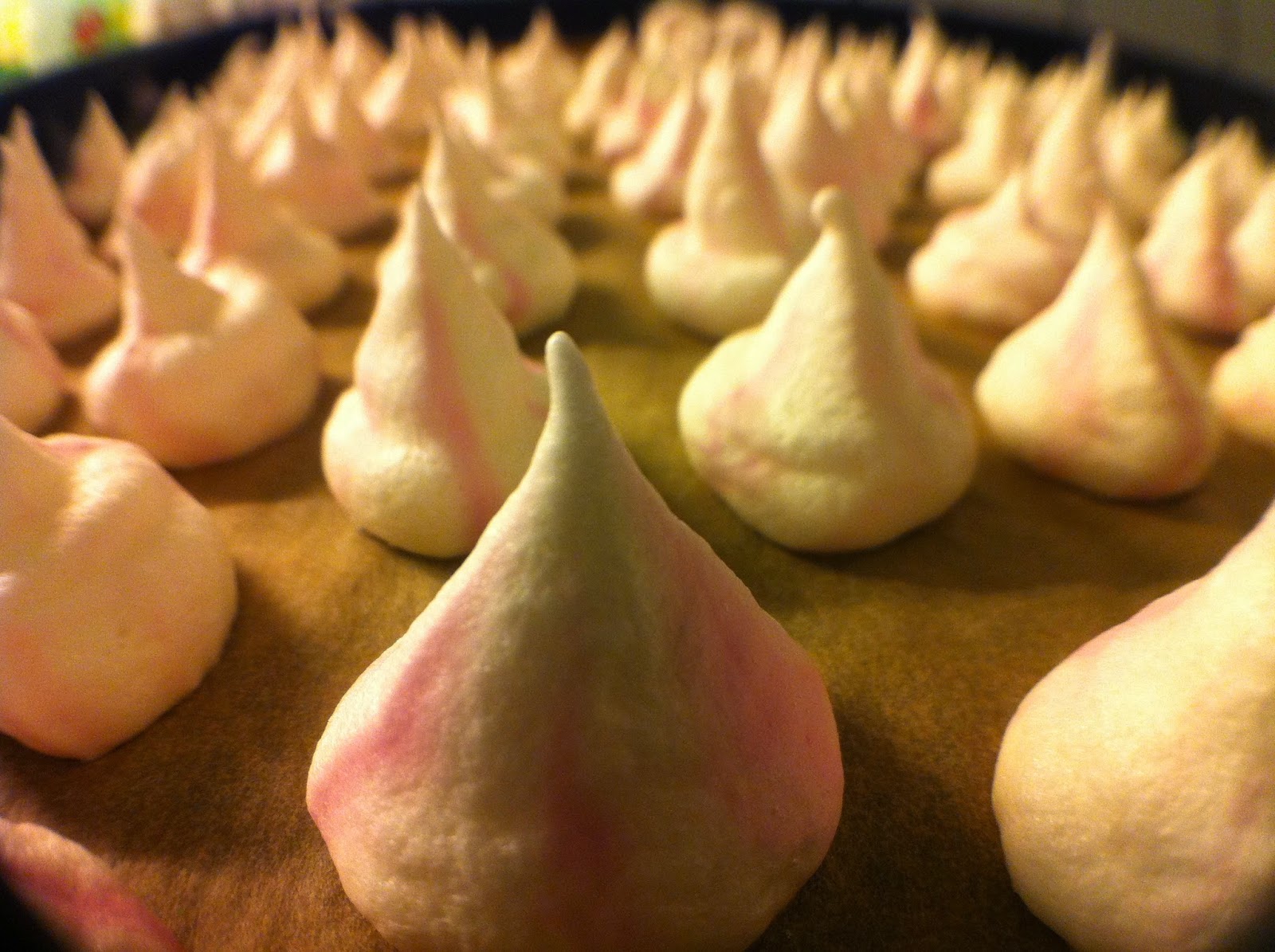 But you can't only have cupcakes! I've never tried my hand at meringues before, because who wants to whip egg whites? Plus, half the time I try it I realize after 10 minutes that somehow the bowl had oil in it, my eggs were too warm, some egg yolk got in it, there was a drop of water on the whisk etc and it just wasn't going to work. But, now with the Kitchenaid I can let it do all the work! I saw these meringues and they looked too adorable to pass up. I did buy extra fine sugar, but I left it in the oven for too long, so the entire top started to melt. I couldn't add that melted bit into the egg whites, because it hardened so I ended up adding less sugar than it called for. Once it was in the oven I waited and waited "until the kisses can easily be lifted off the parchment paper with bases intact." That never happened. After maybe an hour (?) I took them out and realized that once cooled they would hold their shape. They were beautiful, but super chewy. At first they melted in your mouth, but then you had this super sticky ball of sugar that tried to pull your molars out. I didn't half this recipe and I got two giant baking sheets of kisses - over 100 for sure.


Lastly, it was cheesecake pops. But since I couldn't find sticks, they were just cheesecake balls. I baked the cheesecake in the mini muffin tins, which wasn't the best idea because I got too much cheesecake edge and not enough soft middle. But it did bake faster, and I was doing this the morning of. Would have been easier to dip them if I actually had time to let them freeze, but I just added more butter to the chocolate coating and it worked fine. Just messy looking.

For savory bits, I made mini biscuits and mini crustless quiches with broccoli, sautéed onions and
green pepper. The biscuits were wonderful, but the quiches were only so-so.

Kate found a cute idea to put hummus inside a pepper for veggie platters, so she also put this together, just in case we needed a break from the sweets. (We did)

Games were played, coffee drank, and gifts given. 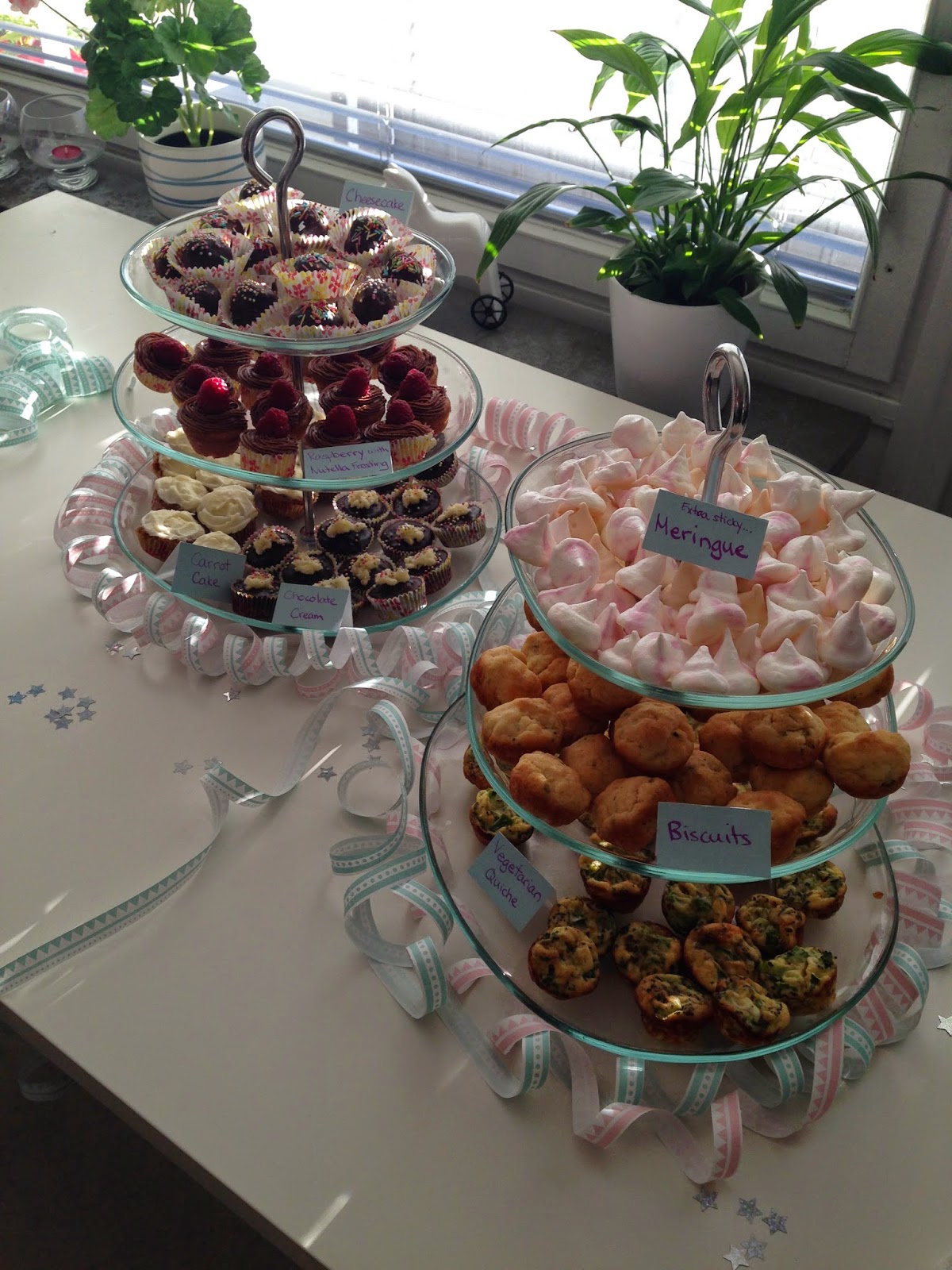 Note: None of this would have been possible without No Such Thing As A Fish. Keeps me entertained while baking for hours.

Posted by Samantha at 3:09 PM No comments:

Our winter skiing started a few weeks ago when we went with the club up to Orsa. It was much warmer than years past, and I really enjoyed the skiing. I skate skied Saturday and Sunday morning on my own. I really didn't want to ski the road, again, so I set off on the ungroomed Elitspåren both mornings on my own. Sunday evening Kate and I went for a beautiful classic ski on my favorite track- Limbyspåret. Those bumpy, windy, steep downhills in the beginning are my favorite type of skiing!

The wonderful thing about having snow in Uppsala is that I can classic ski right from my apartment door. There are groomed tracks below in the plains that go south, or you can head up in the forest and ski on the frozen marshes. Today I waxed my skis to get as much kick as possible (this is how you do it, right?)

And then I set out for a wonderful ski. Don't let that light fool you, it was midday.